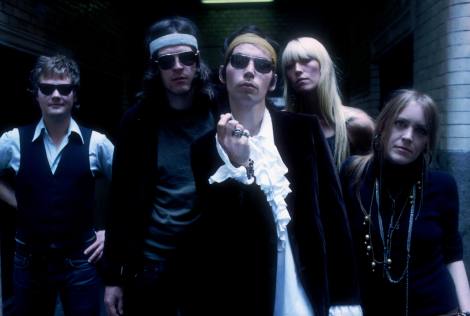 Norwegian band Serena-Maneesh return this month with their eagerly anticipated first album in five years. It is set to be released on 22nd March in the UK and 23rd March in the US via 4AD. ‘I Just Want To See Your Face’ is the standout track from the 8 track album. It combines dark shadowy pop with bleak, noisy distortion between the seamless lyrics. The band took the recording process to the basics and recorded the album in a cave on the outskirts of Oslo. They are currently on tour in the US at the moment and have several dates at SXSW finishing in New York on 8th April before heading to Europe. The album is available to Pre-Order through Beggars USA website for US orders. Check out their Myspace.